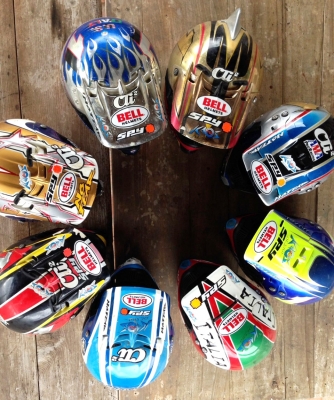 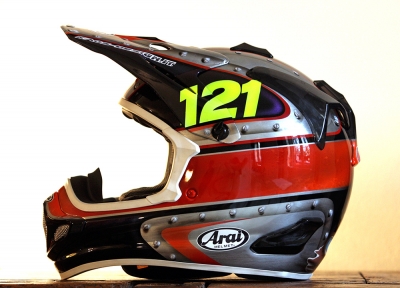 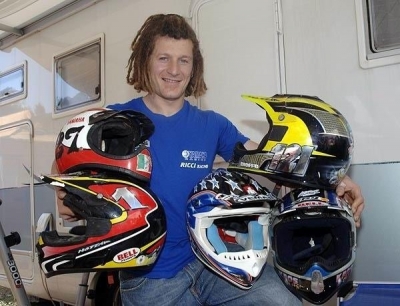 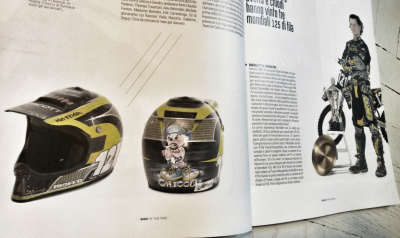 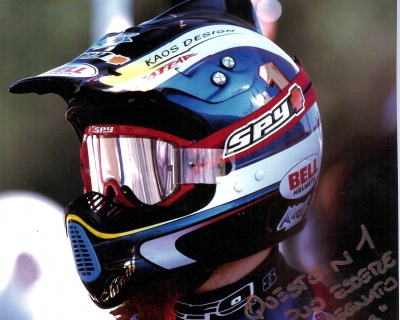 Chicco, just like Alex Puzar and Mike Larocco, was one of the first companions of the Kaos Design adventure. That began even before the actual foundation in 1990: as early as 1986 the signature of Gianluca Lucky Croci appeared on the helmets of the most important Motocross champions. Since then all the helmets of Chicco Chiodi have been proudly signed by Kaos Design: the latest edition of its graphics we created it in 2018, in an unprecedented version in metal and orange ink, K-3D bolts and the update of Chicco's carto in a modern way.