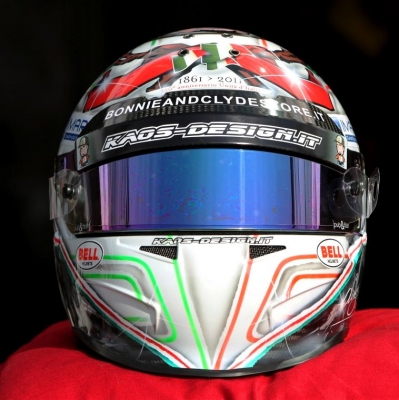 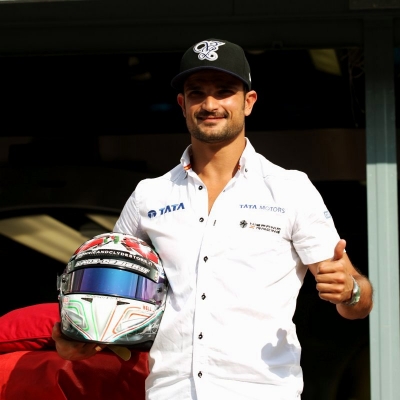 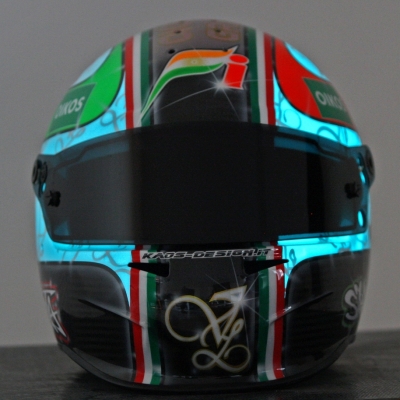 Tonio Liuzzi became a friend and ambassador of Kaos Design in 2009, hired as an official pilot by the Force India team and then by the HRC team. In Formula 1 runs from 2008 (as a test driver) until 2012. From Formula 1 goes to the Superstar Series and Endurance and in 2014 moves to Japan, racing in the Super GT and Formula Nippon. Later he took part in Formula E with Team Trulli GP, captained by Jarno Trulli, another ambassador pilot of Kaos Design. And in 2017 participates in the International GT Open, on board a Lamborghini of the ACM team.
Over the course of his career Tonio's graphics have had several evolutions: keeping the basic lines, recognizable and traceable to the pilot, we have created different versions on white and black base, playing on the negative. But above all we have created 10 special editions, in as many circumstances and tributes. Today Tonio Lizzi race for pleasure and always with excellent results, continues to bring the colors Kaos Design and promotes the culture of Italian food through his restaurants.